Thinking about my childhood means to remember Fairy Tales. My Mom loved reading us the Tales of Brothers Grimm, like so many other parents did to their children; without realizing how cruel those myths were.

The ones I heard when I was a child. How many Fairy Tales of Brothers Grimm were written where a big bad wolf is eating the Grandmother as well as seven baby goats? We are talking about Red Riding hood and the wolf and the fox. There are several others as well. One thing I remember was that my sister was in never ending terrible fear of the bad wolf. I played the tough one, but I can now admit I wasn’t always happy to walk over to my bedroom all by myself as a kid.

History and research teach us that the Brothers Grimm studied law at the University in Marburg. After their University time they focused on their secret obsession of exploring the historical development of German literature (legends, documents and poetry). Within their studies they defined the scientific basics of this work field. They did not limit their studies to German documents but included English, Scottish and Irish sources. But Brothers Grimm as well extended their work area to Scandinavia, Finland, The Netherlands, Spain and Serbia.

Many of the Fairy Tales weren’t for the fainthearted and created for adults to read.

At this place I don’t want to continue with the life of Brothers Grimm, except to clear up one historical misbelief. Brothers Grimm never traveled through the world collecting their Fairy Tales. Wealthy and well-traveled people within their circle of acquaintances carried the greatest part of their myths and Tales to the Brothers.

Getting rid of the wolf trauma:

As an adult I did research on the ‘bad wolf’ to lose my fear. I was surprised to find out that my Native American Totem symbol is supposed to be the wolf.

Wolves have a high sense of loyalty and are social creatures. They are known to be incredible communicators by using touch, body movement, eye contact and many vocal expressions. People with the wolf as their Totem animal are often natural talents in speech as well as creative writing.

The meanings of the wolf as a Totem symbol means: loyalty, cunning, generosity, intelligence, friendliness, compassion and communication. The Totem wolf symbols are amongst the ones who understand that the wolf is a representative of deep faith, deep emotion and high intellect.

(Thank you very much W. J. Barnett who told me what my Native American Totem is, and I never thought it is a wolf. And thank you, Jackie Barnett-Wilder for explaining me what the symbol means. You both are amazing)

I was invited to guest post over at Val Rainey’s blog, where I wrote about the fear of wolves children may develop while hearing the old fairy tales of Brothers Grimm. 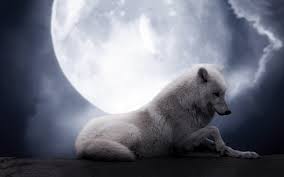 Thank you very much Val Rainey for the chance to guest post!

5 thoughts on “Fear of the Big Bad Wolf”