Quite some time ago I finished reading “Rhett Butler’s People,” a sequel of “Gone with the Wind, written by Donald McCaig and I was disappointed.

Like many other romantic readers, I had waited for a continuation of this story when Scarlett, who had just discovered her love to Rhett would find him again and they both get together into a “heart-exploding-soul-warming-smile-magic-star-raining” Happy End.

I think the more modern language the book has been written in had taken me the ‘gusto’ of the history within the story. Besides: I had been a huge fan of Rhett and the life he adjusted to during his time “after Scarlett” confused me. He was described as a free spirit, and may it as it was, but I had to re-think my liking for him.

I am only expressing my opinion at this point. Some other readers might not share my taste at all and will be enthusiastic about this book. But to me, it wasn’t the right thing.

I started thinking. A new book, based on classic characters. Could this ever work? We read the original, and we love it. Why would we love another story, written by another author? Could this work? Would we recognize the characters? Wouldn’t’ the new novel only be a weak copy of what we loved?

A while later I got another book recommended. “The Phantom,” written by Susan Kay. In this book the author had chosen to write about an existing character: The Phantom of the Opera, written by French author Gaston Leroux early last century. As compared to taking the story any further, which was hardly possible since Leroux’ story ends with the protagonist’s death, Susan Kay has developed the past for the Phantom of the Opera. She showed the protagonists parentage, early child- and manhood. In a way, it is more a “completion” to Gaston Leroux’ story which describes more or less the last few months in the Phantom’s life.

Susan Kay writes vividly, interestingly and webs a fascinating past around the man. I am a huge fan of this book and would recommend it to everyone.

I as well read “Mr. Darcy Presents His Bride”, a book written by Helen Halstead. It tells the story of Jane Austin’s Elizabeth Bennett and Mr. Darcy. I like the book and think it is a cute sequel. There are a few sentences that are not formally written with the expressions one would expect, and the plot isn’t a plot but it is more like the soft dabble, caused by a series of occurrences, but it is nevertheless to me a charming story with characters we were once introduced to by Jane Austen.

These two examples show me that it is possible to write a novel, using characters which had arisen from another authors’ fantasy. Whether the original author of the book would recognize his characters again or had ever planned on having them developed in a particular direction is a different matter.

What books have you been reading that contained other authors characters? Did you like the book? As an author, what is your opinion about basing a novel on another author’s characters? If you could chose characters to write a novel about, who would you pick?

I’d be curious to hear your thoughts. Thank you so much. 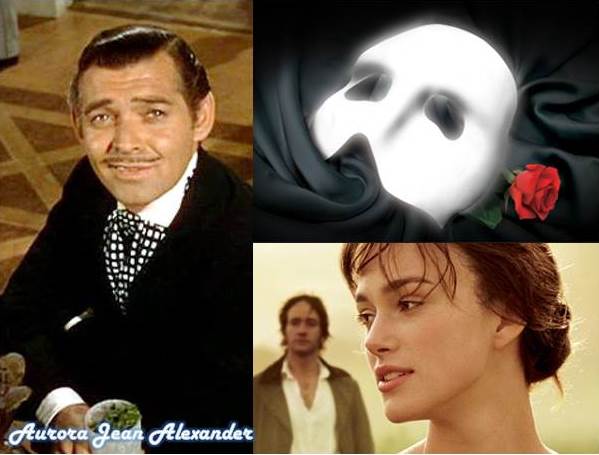