Pros and cons for dating a magical creature. If you meet one of them and fall in love – here are the answers! Thanks blondewritemore for this fun and entertaining post. Even good to know after Halloween. 😉

Give your blog a chance! Share it with Roberta Pimentel and her over 14,000 followers. Thanks for this amazing possibility Roberta! 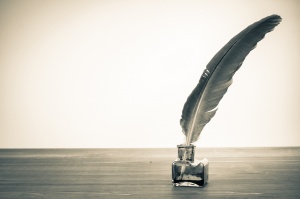 What do writers and serial killers have in common? Kristen Lamb knows it all! Thanks for another amazing article, Kristen!

Today’s post is a repeat because I am scrambling to get ready to fly to L.A. for the Writers’ Digest Conference, but I think this is a truly fun post that is perfect for Halloween and also get get you guys fired up for NaNoWriMo. Writers really are a strange breed and just so y’all know? The normal ship sailed without you a long time ago so relax. Your family or friends might not “get” you but we do.

I love being a writer. It’s a world like no other and it’s interesting how non-writers are simultaneously fascinated and terrified of us. While on the surface, people seem to think that what we do is easy, deep down? There is a part that knows they’re wrong. That being a writer, a good writer, is a very dark place most fear to tread.

In fact, I think somewhere at the BAU…

Once upon a time,

As drunkard as foxy,

Jack was in a bar and

Jostled the wicked one

This has been his mistake,

How this will never end,

The serpent approached him

Against this blacksmith soul,

He asked for a last glass,

The devil granted him.

To pay the Tavernier

Although he kept them with

A cross in his pocket,

He possessed him on hand.

He used his position

Return to his freedom,

A decade in exchange

Leviathan made his return

To take Jack away to hell

The man approved then

Pointed out a fruit tree

For the inferno guard

To bring him an apple

Satan climbed to the leaves,

Jack engraved with a knife

A cross in the tree bark

“Never take me to hell”

The devil granted him.

Once Jack’s life had ended

Neither heaven nor hell

Opened to the sinner,

Neither Satan nor Saint Peter

From this moment on

The Blue Marble was his cell,

Burning coal in a turnip,

Jack roamed through the night

You are going to remember,

Candles in your pumpkins,

Candies in your pockets,

Of Jack of the Lantern. 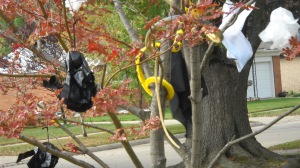 It comes upon us, fast and furious, this spooky time, some take so serious.
When trees become hallowed places for bats and ghosts and body-less faces.
Of course, there are those who would have you believe that this special day is one they could take or leave.
That may be all fine and dandy but no matter what, they’ll show up for the free candy. So be sure to carve an extra gourd or two and put a few slimy toad stools in a witch’s shoe.
Leave the candles burning well to ward off the fright of this once-a-year, my goodness, vampires are near…  Halloween night!

Thank you, all poets for your participation.

Stay tuned!! The Jury is going to decide very soon who the three winners are!!