My name is Kevin James Breaux and I am an award-winning author and artist.

1. When did you start writing?

Honestly, I started writing in middle school. My best friend had this weird summer job that he was at like 6 days a week from 8am to 8pm. I know, where were the child labor laws??? So I was bored and started writing stories.

I started trying to write books in college and then in 2007/2008, I sold my first short story which allowed me to officially join the Horror Writers of America. So, professionally ten years.

2. What motivates you to write?

I need a proper outlet for my creativity. I went to art school. I can draw, paint, sculpt, and take a damn fine photo…but nothing allows me to truly reach my creative heights like writing does. And I get super inspired by Television and Movies. Good ones…

3. What genre do you write in and what made you chose this particular genre?

I choose these genres because they are the genres I enjoy seeing what other artists and authors are creating in. I have always loved fantasy art and role-playing games and video games. Naturally, I went to those directions first. They say “write what you know”. I think I am well-versed in those fantasy and urban fantasy worlds from all the RPG books I have read growing up.

4. What is your goal in writing? Do you have dreams where your writing should take you?

I have been published in print, in ebooks, and on the web. I have been published by small press, traditional press, and independently. I really want to land a series at a big publisher like TOR or PYR or DAW. I’d love to see one of my books made into a movie. But then I’d REALLY want to cast it myself. (no Tom Cruise whammies!)
Oh, and someday I would like to write some comics or a graphic novel. (IDW and Dark Horse Comics, I think you hear me knocking…)

5. Do you ever suffer from writer’s block and if yes, how do you deal with it?

6. What advice would you like to give new, hopeful authors?

Really look at the publishing world and business how it is NOW. Not how it was years ago with the first Harry Potter or Twilight books. Not how it was with 50 Shades… Look now. Find some authors who are at the mid-range and ask them how hard they work and what kind of living they make. People still have a misgivings about writing making you rich and famous. It doesn’t. It’s a labor of love. So you really need to love it to want to invest the 60+ hours a week to do it. And I’d suggest getting a book written, edited a dozen times, and published…before setting up author pages on social media. There really is no need to rush that.

7. Please, tell us about your work.

Well, I have two series out right now. Here is some information on the first books in both of those series.

You can find them, and more, on my author listing at Amazon. 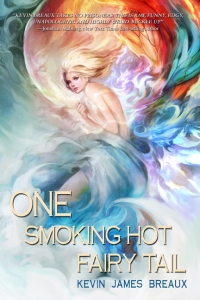 This is book one in a series. Book two comes out this month.

America’s population is slowly dying due to an epidemic, and Alexander, an ancient, immortal shaman, has medicine that can heal people. It has one small side effect—Alexander’s able to control the minds of anyone taking the drug, nicknamed “dust.”

Alexander plans to take over the country once dust is released to the general public, crushing anyone who stands in the way. He needs just a little bit more of a certain magical ingredient to make the medication work properly: fairy wings.

An intelligent, stunning fairy, Sabrina was also America’s sweetheart—until a video of a crime she was involved in surfaces, nearly destroying her. A year later, she’s finally ready to step back into the spotlight. Together with her bodyguard, Mira, a water spirit in human form, Sabrina’s prepared to start over.

Things are starting to look up until she meets Alexander in a club and goes from social outcast to tortured captive in the blink of an eye. Will she be able to escape the evil shaman and his mind-controlled slaves in time to save herself and everyone she cares about?

Sabrina, a lovely fairy has it all: fame, fortune, and beauty—until her boyfriend Cade, a rebel vampire, films their involvement in a crime as well as the passionate lovemaking that follows.

But Cade loses his camera and the video is posted online, ruining Sabrina’s life. After a year of nursing her wounds, she resurfaces only to find herself hunted for her wings.

The lives of all unearthly beings are at stake—fairies, windigos, mummies, and elemental spirits, caught up in a frightening flood of events that threaten their discovery. Sabrina and Moselle, a sex-starved mummy and the daughter of a wealthy businessman, find themselves in the middle of the conflict, forced to take drastic action to protect their identities and lives.

In trying to save themselves can they also prevent the United States from falling into the hands of an evil mind with horrible intentions?

Book Two in the series: 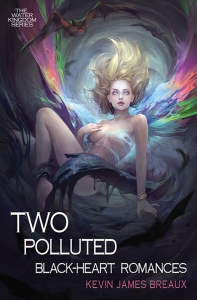 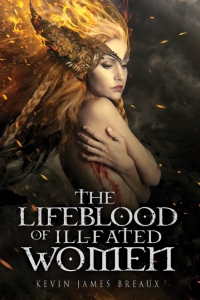 Astrid the White isn’t an average princess. She has always stayed by the side of her father, King Kol, and learned warfare and weaponry from the best Vikings in the land. When she awakens in the city of Birka and hears the sounds of war, she rushes proudly into the fray. She is more than capable of taking down any enemy wishing to disturb the peace.

This enemy, however, isn’t what she expected. Before Astrid even gets outside the walls, a golden light knocks her out.

She comes to in the snow, in full battle armor. Astrid first suspects that this is a challenge from her father—or even the gods themselves. By acting correctly, she can gain the favor of Odin, the Allfather.

Astrid wants to complete the test, but it becomes more and more difficult as she explores this new part of the world and encounters both monsters and monstrous men. As creatures from the darkest legends reveal themselves, Astrid will discover that her journey isn’t about acting correctly or passing Odin’s test. It’s about pure survival. Before she can even think about finding Birka, she will have to defend herself against the demons of this new world.

For Astrid, there is no greater honor than dying as a true Viking warrior and ascending to Valhalla. She anticipates it in every battle and is always eager for the next fight. When she hears the sounds of war outside her father’s stronghold of Birka, she answers the call. But a golden light envelops her, and she is suddenly gone.

If that light had taken her to Valhalla, she would have been at peace.

Instead, this golden light dumps her into a snowy, awful, godforsaken land. Astrid has no idea where she is or how she got here. She begins to suspect that she is in Hel, the underworld of Norse mythology. As Astrid searches for her home and family, a farmer, Warren, comes to her aid. Astrid doesn’t trust him at first, but she will have to rely on Warren and other companions when her destiny reveals itself.