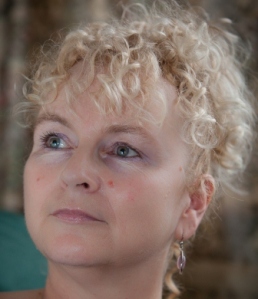 1. When did you start writing?

I wrote a couple of spiritual books with my husband in 2005 and 2006, The Re-Enlightenment and The Holiday from Hell but I did not start writing seriously until 2008.

2. What motivates you to write?

The inspiration behind my writing was my father in law, Ted Taylor.
Ted was conscripted into the Rifle Brigade in September 1939 at the beginning of WW2 and fought in the Defence of Calais in May 1940 after which he spent five years as a POW in Poland. Although he’d never spoken about it we finally managed to persuade him to talk on tape and received a very sanitised version of the fighting and his subsequent years in a POW camp. In 2008 Ted suffered a crippling stroke and ended up in a nursing home. To cheer him up I suggested writing up his war experiences as a book.
This was quite daunting as although I was fascinated by WW2 I had no background in military history. So I began the long process of reading everything I could about the Defence of Calais, which wasn’t much. The battle was totally eclipsed by the evacuation from Dunkirk and was rarely mentioned, even on the most recent documentaries. I knew even less about the treatment of the ordinary POW at the hands of their captors or their lives, having grown up on a diet of sanitised POW camp films, none of which bore any reality to the truth. Ted had been made to work in the salt mines and had even spent time in Majdanek concentration camp. Like most authors I struggled to find a publisher but eventually, Ted’s story, Surviving the Nazi Onslaught, was published by Pen & Sword Books Ltd.

3. What genre do you write in and what made you chose this particular genre?

After writing Ted’s story I was hooked on writing military history and have written several other books, but I also wanted to write fiction because I love reading and was struggling to find books I wanted to read.
I grew up surrounded by books. My parents both loved reading, my father was into murder, detective, adventure and espionage stories while my mother read historical fiction and romance so I grew up with a passion for reading most genres and this is reflected in my novels which, although set in the first half of the 20th Century, are a mixture of all these. I have always been a voracious reader. I’d spend hours in the library as a child and spent all my pocket money on books, progressing quickly from Enid Blyton to Agatha Christie amongst others. I’d rush home with my latest books, disappear up into my bedroom and not come down again until they were finished. My Dad always used to say they were a waste of money because I could get through two or three books in a weekend, but they weren’t. They were my escape from reality and the more I read the more it fuelled my imagination. As I grew older I read anything I could get my hands on, crime, thrillers, historical fiction, occasionally romance and science fiction and of course chic lit! The library was my second home and I would always come out with the maximum number of books I could borrow and they were always returned well before the due date.
I liked big books I could lose myself in, probably to escape my disastrous relationships. Prams, pushchairs and my arms groaned under the weight, but it was worth it to stay sane.
Having finally extradited myself from the last bad relationship I spent two years on my own finding myself again and then I met David, my husband. I no longer needed to escape my reality so I stopped reading. I found books by authors I’d always loved no longer held my attention so I decided to write something I wanted to read and I had the perfect idea.
Whist writing Ted’s story I learnt that Brenda, my mother in law, had been a nurse throughout the London Blitz, and she and Ted were engaged when he went to war. Five long years later he came home and they were married. Their story fascinated me. They did not have the benefit of hindsight. Brenda waited even though she had no idea how long it would be or even if Ted would ever come home. Ted had somehow held onto the belief that he would come home even though he had no idea how long that might be. I decided to write up Ted and Brenda’s story including an element of fiction to cover something Ted did in France.
I soon realised it was impossible to fictionalise my in-laws because they were real people. I couldn’t have them doing things that weren’t in character, nor did I want to alienate the family and have my husband not talking to me because I had made his mum do something she wouldn’t have! So I changed their names and although Lives Apart: A WW2 Chronicle is inspired by them and based on something that really did happen, all the characters are now 100% fiction.

I love writing about WW2 and so this 5 book series was followed by Betrayed, a stand-alone novel about a serial killer in Berlin in the 1930s and 40s. My most recent 5 book series is Obsession which was inspired by the rumoured fate of tens of thousands of missing Allied POWs from Eastern Europe at the end of WW2. All the novels are published by GWL Publishing.

4. What is your goal in writing? Do you have dreams where your writing should take you?

Like most authors I would like to earn a living from writing, but I do have a secret dream of seeing my books made into films or TV series…….or perhaps not so secret now😊

5. Do you ever suffer from writer’s block and if yes, how do you deal with it?

Yes and no. If I can’t think of anything to write I read over what I’ve written and edit it and then I usually find it begins to flow again. Because I am writing several stories at the same time I can normally find something to write. The secret is not to stress over it. Some days I only write 1500 words, others I will write more than 5,000.

6. What advice would you like to give new, hopeful authors?

Persevere. Write something every day, even if its only a few lines and doesn’t make much sense. Just write what’s in your head and edit it afterwards.

I started off by self-publishing Ted’s story and the original version of Lives Apart because I couldn’t get a publisher. When I started writing Herbert Columbine VC I saw a tweet from Pen & Sword asking for manuscripts. I tweeted them back and they were interested. Once they’d published that I gave them another biography I’d written, A Battle Too Far, which they also published. I then rewrote Ted’s story (The Weekend Trippers) under the title Surviving the Nazi Onslaught, which they also took. Publishers are looking at the bottom line. They want to make money so you have to show them how your book will do that.

Having self-published the original version of Lives Apart I decided to start looking for a fiction publisher again. My writing style had changed considerably by them so I wanted to the chance to rewrite it and by then I could show that I had sold several hundred copies and had good reviews. If you believe in the story keep going and don’t take no for an answer.

7. Please, tell us about your work.

I think I’ve managed to plug most of my published books in the other questions lol😊 but I’m currently working on a new fiction series called Secret Lives which should be out next year. I also have a new military history book coming out in May 2018 called The History of Coalhouse Fort. Apart from its military history the fort has been used in a couple of Batman films! 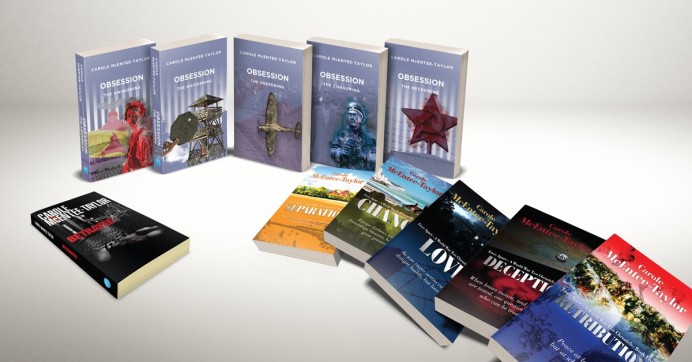