It’s getting spring, warmer weather, life goes on, we live and arrange ourselves with the pandemic. COVID became a part of our life…

Through everything that happened during the past couple of years, I did not forget the holidays. They’ve always been a part of me. That’s how i grew up. I live, eat, pray…

Many things in my life are changing right now. Step by step I’m heading into the direction I probably should. And I know, I have to say thanks for my healing, and my getting better.

I wish you and your loved ones Happy Easter. 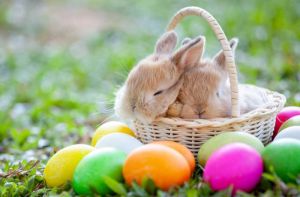 This year, in March, the world has put on hold. COVID-19 has caused a huge pause in our everyday life. We are on social distancing. Families and friends are separated unless they live in the same household, of course. Instead of strengthening our connections, friendships, and bonds, the dangerous virus forces us to separate.

We can’t meet, we can’t go shopping, hang out in the sun, enjoy spring… We cannot go to church, and even though the strict instruction to stay at home is not followed by far too many people… and the unexplainable grocery-hoarding some people are practicing make that time for the reasonable people very difficult.

But soon, it will be Easter, and I am not going to let this just fall under the table. I will be home, yes…. I will be all by myself, yes… but I will remember the basics of this holiday. That’s how I grew up. I will remember, I will pray, and I will be grateful for the man who sacrificed Himself on the cross – for me… for all of us. 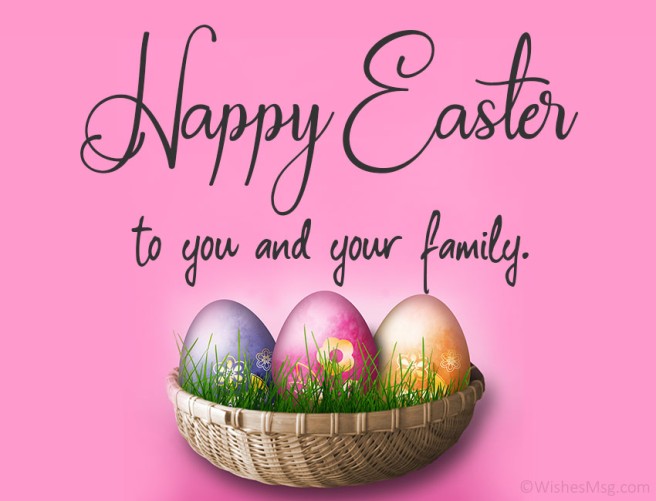 Weather gets warmer and the wind is a breeze

The flying pollen makes some of us sneeze.

But spring is a season where nature re-starts

the warm air and the sunshine warm our hearts.

Then the holiday gets closer, Easter it’s called

where children search for the nests we installed.

They find bunnies, and eggs, chocolate and sweets

a holiday for all of us, where the family eats.

Gone is the scarf, the coat and the glove.

We all share the  warmth, the laughter and love.

I wish you and your loved ones:

Easter is around the corner and today I found a hilarious drawing by Carl D’Agostino which I couldn’t resist sharing. I had a good laugh with it. Thank you, Carl! 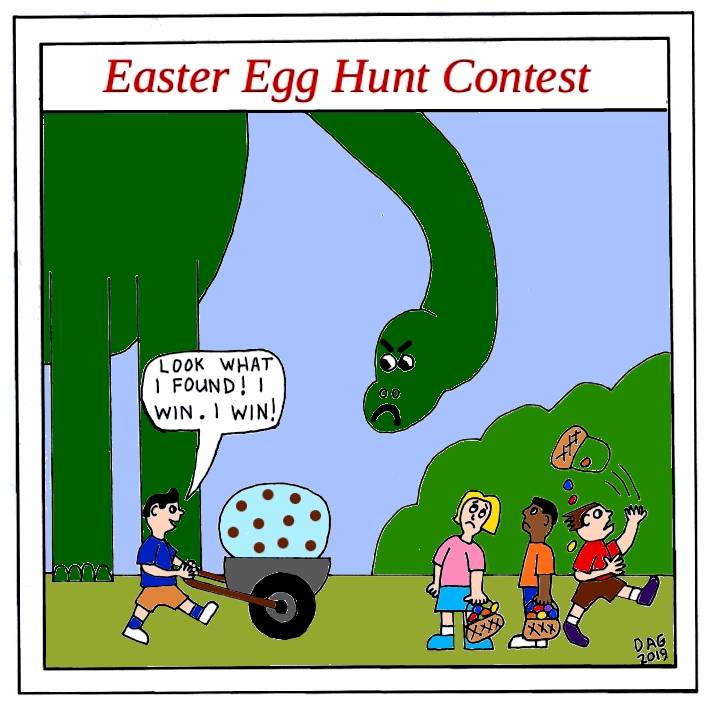 A Holiday returning only once a year

in spring when warm weather makes us cheer.

We all can laugh and sing and dance

around Easter fires with their warm red flames.

We enjoy the baby chickens with their beep

We watch symbols like the Easter lambs and sheep.

We smile, we tease, we all play funnies

To you and your families:

Being bored lately and reading a good book I once more stumbled across the famous “Faberge Eggs” and finally decided to do some real research on them. Of course, I had heard of them earlier, saw the one or other picture, but I never tried to find out where exactly they came from, how many existed and still exist and how exactly they look like.

I thought, I never know when it mind come in handy knowing more about all this and went to work. Maybe either one of you writers can use this information for one of your books, so, if you can – help yourself!

Peter Carl Fabergé, also known as Karl Gustavovich Faberge (Karl Gustavovich Faberzhe; 30 May 1846 – 24 September 1920), was a Russian jeweller best known for the famous Fabergé eggs made in the style of genuine Easter eggs, but using precious metals and gemstones rather than more mundane materials.

He was born in Saint Petersburg, Russia, to the Baltic German jeweller Gustav Fabergé and his Danish wife Charlotte Jungstedt.
In 1864, Peter Carl embarked upon a Grand Tour of Europe. He received tuition from respected goldsmiths in Germany, France and England, attended a course at Schloss’s Commercial College in Paris, and viewed the objects in the galleries of Europe’s leading museums.
His travel and study continued until 1872, when at the age of 26 he returned to St. Petersburg and married Augusta Julia Jacobs. For the following 10 years, his father’s trusted workmaster Hiskias Pendin acted as his mentor and tutor.

When Peter Carl took over the House, there was a move from producing jewelry in the then-fashionable French 18th century style to becoming artist-jewellers. Fabergé’s production of the very first so-called Fabergé egg, the Hen Egg, given as a gift from the Tsar to his wife Maria Fyodorovna on Orthodox Easter (24 March) of 1885 so delighted her that on 1 May the Emperor assigned Fabergé the title Goldsmith by special appointment to the Imperial Crown of that year.

In light of the Empress’ response to receiving one of Fabergé’s eggs on Easter, the Tsar soon commissioned the company to make an Easter egg as a gift for her every year thereafter. The Tsar placed an order for another egg the following year. Beginning in 1887, the Tsar apparently gave Carl Fabergé complete freedom with regard to egg designs, which then became more and more elaborate. According to Fabergé Family tradition, not even the Tsar knew what form they would take— the only stipulation was that each one should be unique and each should contain a surprise. Upon the death of Alexander III, his son, the next Tsar, Nicholas II, followed this tradition and expanded it by requesting that there be two eggs each year, one for his mother (who was eventually given a total of 30 such eggs) and one for his wife, Alexandra (who received another 20). These Easter gift eggs are today distinguished from the other jeweled eggs Fabergé ended up producing by their designation as “Imperial Easter eggs” or “Tsar Imperial Easter eggs”. The tradition continued until the October Revolution when the entire Romanov dynasty was executed and the eggs and many other treasures were confiscated by the interim government. The two final eggs were never delivered nor paid for.

After the nationalisation of the business, Carl Fabergé left St. Petersburg on the last diplomatic train for Riga. In mid-November, the Revolution having reached Latvia, he fled to Germany and first settled in Bad Homburg and then in Wiesbaden. Eugène, the Fabergés’ eldest, travelled with his mother in darkness by sleigh and on foot through snow-covered woods and reached Finland in December 1918. During June 1920, Eugène reached Wiesbaden and accompanied his father to Switzerland where other members of the family had taken refuge at the Bellevue Hotel in Pully, near Lausanne.
Peter Carl Fabergé never recovered from the shock of the Russian Revolution He died in Switzerland on September 24, 1920. His family believed he died of a broken heart.

It seems there was a total of 65 Faberge Eggs made, 50 of them were the so called “Imperial Eggs,” gifts from the Tsar of Russia to either wife or wife and mother.

I could, of course, go and name each one of them, copy and insert all necessary information. This would guarantee you’re bored to death and that this blog post would reach from here to Outer Mongolia, but I found, in fact, a page, who provides us with all necessary and interesting information about the eggs. The year they were made, who they were made for, the owners, pictures and more.
Thank you very much, Mieks, of ‘Wintraeken‘, Netherlands, who has created the most informative and colorful pages about the Faberge Eggs.

Clicking HERE takes you directly to Miek’s list of eggs. Each egg-name turns into a pop-up which gives you a picture of the respective egg with all interesting information.

The House of Fabergé

After the brand name “House of Fabergé” has been sold – and sold again, serving as a name for cosmetics, alcohol as well as fashion, it finally ended up back in the hands of a family member, Tatjana Faberge who reunited the Family name with the Family in 2007.
The entire history of what happened after the House of Fabergé was nationalized in 1918 can be read on the Fabergé Website. (Click the logo)

And, in case you’re interested, what Fabergé does nowadays, I strongly recommend to check out their website. I believe that they still created some of the most impressive, unique and wonderful jewelry existing. A kaleidoscope of gems, forms, and metal that make the most beautiful woman’s heart beat faster.

All there’s left to do for me is, showing you my favorite Fabergé-Egg. It is the 1898 ‘Lillies of the Valley’ Egg, a gift from Tsar Nicholas to Alexandra.  Which one is yours?

I have to say, I celebrated the end of the Lenten period by showing myself extremely generous.

a) I helped a little friend of mine to generously apply something similar like sunscreen all over him.

Let me introduce me to my little friend BEFORE my generosity:

And just before he served his purpose: to feed me. 🙂

This, for today, is how I celebrate tomorrow’s Easter Holiday.

I do wish you, my dear loyal followers, readers, commenters, friends and all your loved ones and families:

It’s Good Friday today. We have come a full circle. Here we go, celebrating spring for the second time since this blog exists. At this time of the year, so many things are happening.

Of course, I could write all kinds of stuff right now, bunny verses, bible quotes, reminders of what Easter means. Deep in my heart, I keep a special key to the Easter time… to each one of us, it might mean something else! Should we care? Should we discuss? Should we argue?

I don’t think so – we should celebrate a new spring and an amazing and wonderful holiday together.

Right now I’d love to take the opportunity to thank you once more for making this blog such an adventurous experience for me!

I wish you and your loved ones:

I feel the need to address all of you: