I’m now talking to the kids, teenagers, and the ones who one day want to become teens, young adults, and millennials. I’m talking to those wimps who have no clue that one can grow up without having everyone (namely, the parents) fighting for them while they lean back and continue playing on their computers and not do anything…

We and I very consciously talk about that group of people, born before 1980, we didn’t have what you have today – what did we have? Nothing, after the war! We had nothing! (And I know exactly who of you is laughing now and got the joke!) 😀

What did we have? We didn’t have mothers who bought us fast food or whatever we wanted to eat and ordered deliveries of our favorite sweets. We had a mother who cooked! Our mothers cooked spinach, green beans, peas, cauliflower – I grew up in a time before broccoli! We had real oatmeal and soup! We had to eat what was on the table – OR NOT EAT AT ALL! And when we didn’t behave as we should, there were days we were sent to bed without dinner.

We had toys – our toys came from China! All the lead paint and cadmium we sucked off the toys ourselves! Nobody helped us – and we didn’t die. Our mothers drove us around in cars without baby’s safety cushions and children’s seats, without airbags and some of them even without seat belts! Our mothers didn’t drive their children around in family vans and SUV’s. We had Volkswagen Beetles! Vacation time came, and our Dad was driving us, his wife, and two kids in the back of his baby blue beetle for 16 hours across the continent! Our mother had a few plastic bags for us kids to vomit into in case we didn’t feel so well.

When we were on the road, our mother didn’t have baby wipes or sterile medical wipes. She had a fabric family handkerchief where she spat into and wiped our faces with! That is actually the best stain remover on Earth! If a cleaner-production-company would be smart, they’d bottle up mother-spittle and sell it as an ‘all stain remover,’ because it removes everything, from mud to blood. And in that handkerchief, if anyone would ever have it scientifically investigated, you could have found the DNA from our great-great-great-great-great-grandfather, robber-knight Alexander!

When we couldn’t sleep as kids, we didn’t get ‘sleep-well-baby-tea’ or ‘baby-sleeping-juice’ from the drug store. No! Grandmother came in with the big bottle of brandy, and if there was none in the house, we got eggnog instead – we were forced to open our mouth and got it fed with the tablespoon, followed by a handful of gummi bears which we ate, one after another, then turned around and slept, and we still have all our teeth!

If we once in a rare while got a chewing gum, we didn’t chew and carelessly discarded it by the side of the road after half an hour. We chewed the entire day – and then in the evening, carefully placed it on our nightstand! In the morning, we blew the fluffs off the gum and stuck it back into our mouth – and in school, in the break, when talking to our best friend, we loaned it to her for the duration of the break – and the next lesson!

To play with we didn’t have Wii-consoles, Playstation, i-phones, i-pads, i-pods and were glued to them and frozen in time. What did we have to play with when we were kids? We had FRIENDS! And with these friends, we played daily! Yes, and sometimes we argued, we wrestled and once in a while one of our teeth fell out – but back then an incident like that wasn’t followed by an immediate meeting with parents who threatened to contact their lawyers! We were the ones being responsible for what we did!

And additionally, to the lost tooth, we got a clean slap across the face from Mom what she considered a clear statement in educational measures. Then we played ball – all kinds of ball. Softball, Basketball, soccer. The athletic kids were picked by the respective team captains, the not-so-athletic ones (like little AJ) were watching, not playing because these kids had to learn to handle disappointment – without the constant support of a children’s psychiatrist.

We all drank from the same glasses. Not the matching glasses – the SAME ones – like our siblings, parents, neighbors, neighbors’ kids, friends, and the neighbors’ dog sometimes. That wasn’t always nice – and sometimes we even drank from the garden hose when we were really thirsty – and we all survived!

We barely ever drank water and never soda- nor ‘filtered water’ out of a bottle, or water with a taste – no, we drank lemonade, yellow lemon tasty liquid with tons of sugar, sometimes the thing was syrup with orange taste and bubbles – and then we went back playing and ran it off.

We got grades in school – from first class on! And when we had bad grades in school, our parents told us off! They didn’t go giving their opinion to our teachers! We were the ones who had to work hard in school because only the kids with good grades who knew things and were good in school went to college, not every Ritalin-addicted brat whose parents were too lazy to work in school back in their times and hired tutors for their kids from the second class on, still believing their brood is highly gifted.

We had everything – we, the ones born before 1980 had everything! Freedom, success, failure, happiness, disappointment – and lemonade! We grew up, we experienced the first computers – we learned how to use them, we grew with the technology – but it doesn’t control us! We are neither addicted, nor are we dominated by technology! To us, it is a relief, a help, not our master. We can survive without it – the one after 1980 can’t! We are the ones who are tough; nothing is killing us, shattering us or making us giving up – because we learned to live with whatever was thrown to us – and we survived!

Thank you so much for the guilt and the giggle, Bluebird! 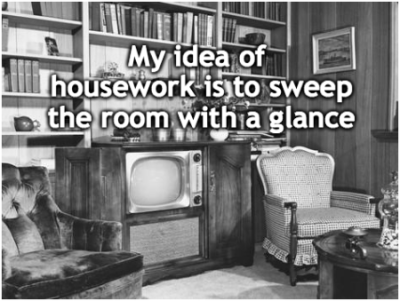 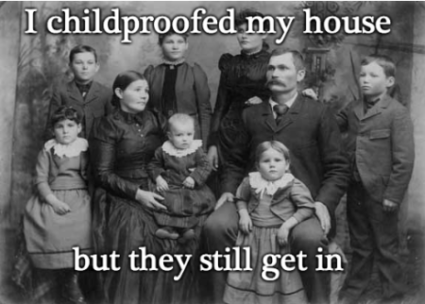 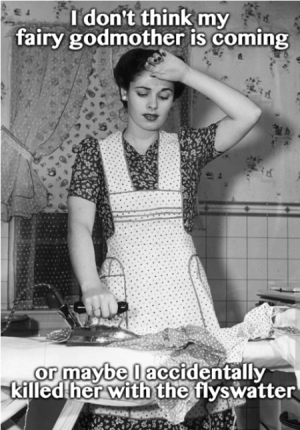 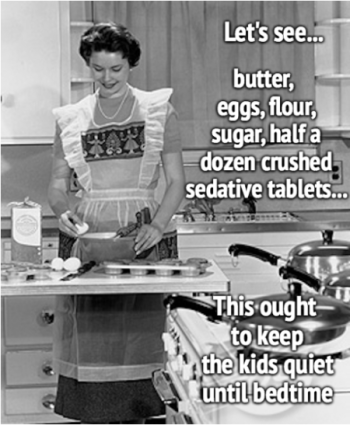 Thanks so much for sharing this wonderful humorous post with us. 🙂 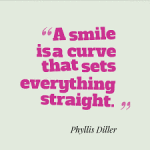 My thanks to my lovely friend Mrs. T who sent the following laffs to me… I have embellished with some funnies from Facebook in recent months. 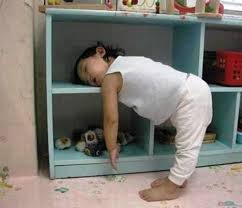 A little girl was talking to her teacher about whales. The teacher said it was physically impossible for a whale to swallow a human, because even though it was a very large mammal, its throat was very small. The little girl stated that Jonah was swallowed by a whale. Irritated, the teacher reiterated that a whale could not swallow a human; it was physically impossible.

Little girl: ‘When I get to heaven I will ask Jonah.’

Teacher: ‘What if Jonah went to hell?’

Little girl: ‘Then you ask him.’

A Kindergarten teacher was observing her classroom of children while they were drawing. She occasionally would walk around to see each child’s work. As she got to one little girl who was working diligently, she…