Plenty of ancient resources mention medical procedures such as surgery. The early Chinese surgeon Hua Tuo (c. 140-208) is credited with being the first recorded person to use cannabis as an anesthetic. He reduced the plant to powder and mixed it with wine for administration prior to conducting surgery. Indeed, the Chinese term for “anesthesia” literally means “cannabis intoxication.”

In Ancient Greece, the oldest sources of information about Hellenic medicine are the two Homeric epics, the Iliad and the Odyssey (7th–8th century BC). Iliad provides an unforgettable picture of army surgery and anatomy at the time of the Trojan War in Asia Minor. It contains realistic descriptions of wounds and injuries of widely differing types. The most dangerous wounds were sword and spear thrusts, while less-dangerous were those inflicted by arrows. It is obvious that in Greek expeditionary force included professional healers, skilled in the extraction of embedded weapons, the arrest of hemorrhage, and the relief of suffering.

Long-time followers of my blog may remember my post on the origins of English. The language tree in that post shows that English is largely derived from Germanic, specifically Anglo-Frisian.

So, where are the Celts? Are there no Celtic words in English?

As several of Quora answers explain, there are several – but far fewer than might be expected. Take one of my favorite British English colloquialisms, “smashing,” which is used to mean “really rather good.” Smashing may actually be an Anglicization of the Scottish Gaelic phrase is math sin, “that is good” (although some linguists question that).

The English word “twig” in the sense of suddenly catch on, and the hippy word “dig,” meaning to be really involved in, both come from Scots Gaelic tuig, understand.

Then there are several irish, Celtic, and Cymraeg (Welsh) words that have made their way into modern English, such as smithereens (smidrín), bog, galore (go leor), spree, slew, brogue (a type of shoe; brogue means shoe). Or banshee, breeches, whisky (uisce), clan, lug (ear), slob (slab), phony (fáinne), slogan (sluagh-ghairm), and gob (mouth). Or how about snug from snog, “good.”

The Iron Age (800 BC-100 AD) took its name from, well, iron. This kickstarted a number of technological and social changes, with centuries-old Bronze Age (2200-800 BC) civilizations based on copper and tin falling prey to invincible newcomers who wielded formidable iron weapons.

But how did people make iron in the first place? Did they suddenly have access to technology that could raise the temperature high enough to melt iron?

Well, no. Instead, people came up with an ingenious way of using existing technology in a radically different way, as Jason Almendra explains on Quora. They sourced the metal from bog iron or iron ore, both of which had been known for centuries. Now, however, they realized they could ground this to a powder. They then lit a bloomery with charcoal and raised the temperature using bellows.

We keep hearing that we must promote our books on social media. Given the billions of people who get online every day, this seems like a great idea. With so many media out there, however, how can you choose which one’s right for you?

Thankfully, Hostgator Coupon Code has published an exhaustive list with 60+ social networking sites and a quick description of each. If you’ve ever wondered what the heck Tout or Shutterfly is, here’s your chance to find out. This epic list includes the following, among others:

Thank you so much for this article, Nicolas, even though it almost breaks my heart.

The Passive Guy recently shared a post by Jane Friedman on the future of Barnes & Noble; a topic you may remember from my earlier post, “How Amazon Destroyed Barnes & Noble.”

Quite frankly, Jane’s post made me sad. The latest chairman, James Daunt, is credited with saving UK’s famous bookstore, Waterstons. However, all you got to do is read the following quotes to understand that he really doesn’t get B&N – or books.

Early on, when Daunt was asked what he thought of Barnes & Noble on his last store visit, he said, “There were too many books,” by which he meant that featuring the right inventory is more important that stocking a big blur of titles. Back in 2015, he commented to Slate, “My faculties just shut down when I go in there.”

So… the big problem with a bookstore is that it has too many books.

Daunt loves the physical book, but he wants to give customers a digital option to get them into reading as an entry to physical books.

An entry. To physical books. Like, kids use digital books but us, highbrow grownups, know better. “Thank you, Amazon, B&N will stick to our guns and our lovely paper. No need for this new fandangled way of doing things.”

Nicholas Rossis, as usual, provides us with excellent advice on a topic that is interesting to many of us writers: ghostwriting services. Thank you, Nicholas!

Besides my freelance SEO copywriting, I have ghostwritten a book, which is awaiting publication (more on that soon!).

Anyone interested in this line of work should send their potential clients to this article to ensure a good collaboration.

Written from the point of view of the client, I list here some things I discovered in the process, like when you need a ghostwriter and how to choose the right one for you.

Nicholas C. Rossis informs us in his latest blog post about the evolution of blogging and what and how it had developed since he joined the great group of bloggers, a long, long time ago! Thanks so much for sharing your experience with us, Nicholas!

I have been online since 1985. I was one of the first members of the BBS (Bulletin Board) scene in Greece back when we connected to a server using landline modems. I still remember my thrill when I finally got my hands on a 9600 bps modem and could download pictures as well as texts.

In 1995, I developed my first website. Even then, I had identified a need for regularly updated content. While some pages were meant to be static, there were news and events to share. Web developers usually met this need by introducing a News page and placing there any related items. As the new millennium approached, we started placing some of these on the home page, too.

Out of these News pages came blogging. Nowadays, 25 years after I developed my first website, most of my living comes through freelance writing for company blogs.

Today I discovered a free short story on Nicholas Rossi’s blog. I was fascinated and loved it enormously. I, therefore, hope he’ll permit me to show you a very small part of it – and link you to his page. Enjoy the read.

While I wait for you, I take in the beach. This is my home. The deep, calm sea—too dark to make out anything but the soothing waves that lap my feet. Dark silhouettes surround me. They would crowd the beach, were it not for its immensity. Old and young, men and women, take slow, dazed steps into the abysmal waters. Guides like me help them in. Not that you need us for this. Ancient, forgotten instincts would drive you forward even if we weren’t there. But we pride ourselves in that special, personal touch.

Smaller, translucent silhouettes come out of the sea, too, like baby turtles going the wrong way. Other guides are there to take them to their new homes. You will be following them in no time.

And now you’re finally here. When I left you at your bedroom after you had swallowed all those pills, I was wondering how long it would take you to join me. Not that time matters. Not here, anyway.

You shudder after the unpleasant experience of going through the death portal. “What… what happened?” you ask.

“You got what you wanted,” I say. “Congratulations. You’re dead.”

Thank you for your insight on Amazon Reviews, Nicholas. Your knowledge is helping us all a lot! We really appreciate your hard work! 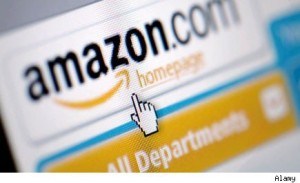 I often write about Amazon reviews, as it is one of the most important aspects of marketing for many people and Amazon seems to keep changing the rules!

Now, Amy Collins of The Book Designer published an update in the form of Frequently Asked Questions. I’m sharing here the most common ones:
Can Anyone post a review on Amazon?

To contribute to Customer Reviews, you must have spent at least $50 on Amazon.com using a valid credit or debit card in the past 12 months. Promotional discounts don’t qualify towards the $50 minimum.

Nicholas C. Rossis writes about KDP Print. Thank you for the information Nicholas!

I’m sure most of you have heard the news by now, but if you haven’t, Amazon has announced some major changes to its KDP Print program. Only two days after I was telling people in this blog’s comments that I wouldn’t even consider moving to KDP Print from CreateSpace until Amazon addressed its two most glaring issues, the company announced it had. On top of that, it addressed my major problem with CreateSpace, thus making it a whole lot more likely that I will soon be moving over.

The first problem with KDP Print concerned its means of proofing your manuscript. Well, you can now order printed proofs from KDP. Proofs allow you to review a physical copy of your draft paperback prior to publication.

Note, however, that the process is a bit more cumbersome than the one CreateSpace uses. Specifically, here’s how you…