I’m very proud to present the article I wrote for ‘Brainhackers.com’ earlier this month.

I was asked to write an article for that website and I’m quite honored about that. Enthusiastically I started writing and I hope very much not only the ‘Brainhackers’ readers are going to have a good read, but also my readers here on ‘Writer’s Treasure Chest’.

You will find the article here:

Let me know in the comments how you find it please, I’m curious. 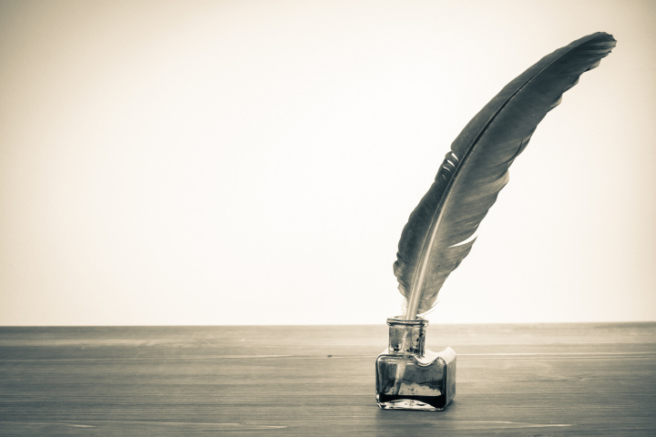 I was surprised to see once again, how far ‘Writer’s Treasure Chest’ has developed. Yesterday I discovered that I got a new achievement ‘award’:

At this moment I’m surprised, and I’m flattered. I know, without you all, followers, readers and in particular friends, I couldn’t have done that! The guest posts, the ‘Featured Author’ posts, the interviews, promotions and re-blogs; without all those posts, ‘Writer’s Treasure Chest’ wouldn’t be what it is.

I want to say ‘Thank you’ to you all for making my blog a success and for making blogging a true adventure for me!

Today I found a new achievement on WordPress. This is very exciting! Writer’s Treasure Chest has reached a new number of followers: 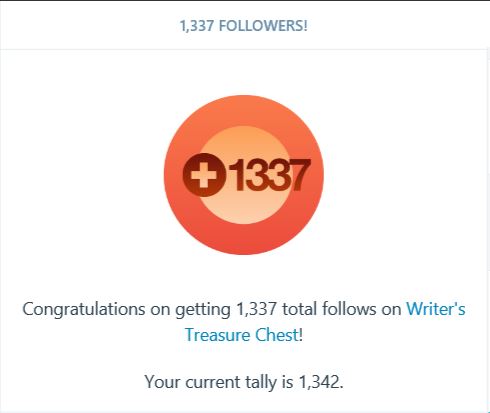 To all of my followers, readers, and friends: You make this blogging adventure an enjoyable pleasure for me! 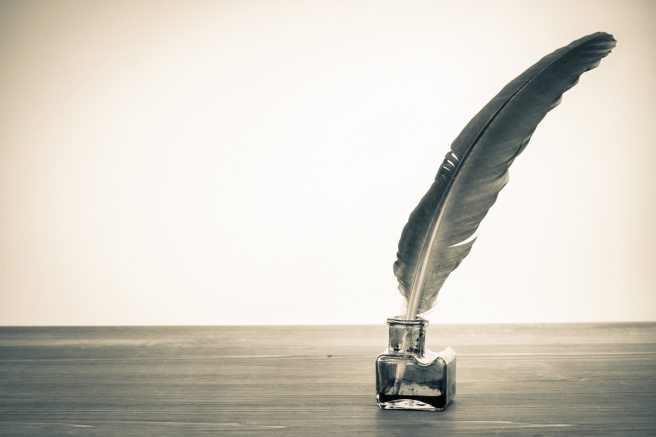 I generally do whatever I can to use my free time to write. The very best time is my vacation. Tons of free time and “nothing” else to do. Yes, of course, there’s the usually shopping trip. Meeting friends, book fairs, a few meetings, a little bit of sightseeing, if necessary, but normally I spend my vacation time with my Californian Mom, my sister… you get the point. Places where I can relax and concentrate on my books and stories.

Once again I was lucky enough to have had a home for three weeks, where I had nearly nothing to do than to shop, type, and write.

I could concentrate on the current book – number seven in the series, where I got stuck while being at home. No matter what I tried, I just couldn’t get forward with the story. I had an idea and it didn’t work. I wanted to write about a conversation between two characters and it didn’t make sense, not even to me.

As soon as I was gone, decently relaxed and had peace and silence around me (two dogs, four cats, a handful of birds and a guinea pig, my pen touched the paper and wrote.

I mentioned this before, and it once again proved right with me: I cannot write a good story (or part of it) when I’m stressed out or unhappy. Hemingway wrote his best books when he was weeping over his life and/or drunk. Not working with me.

I’m very happy my work made this good progress during this vacation, even more since the first book of the series got its copyright and is currently prepared to be published.

Thank you all who have worked on this with me.

This vacation was successful for me, even though I was “just hanging out”! It’s been calm, quiet, helpful, reducing stress and homey too!

Thanks to my sister and my brother-in-law who hosted me during all this time!! You rock!!

I purposely didn’t title this post “History of Books,” because according to Wikipedia: The History of the Book is an academic discipline that studies the production, transmission, circulation, and dissemination of text from antiquity to the present day.

I was curious what was the first book ever published and did some research on this question. It seems there are some similar opinions about that, in particular since historians disagree on the term “book.” While some say, written text on parchment, papyrus, wood or different other material, a collection of pages between two ‘covers’ are a book; others insist that a roll of parchment or even a collection of rolls or pages are not a book as long as the pages aren’t bound.

Now, it seems the first written language that we know of was archaic cuneiform. What we know it was dated around 3400 BD during ancient Sumerian civilization. (located in current Iraq). The first written story that we know of was The Epic of Gilgamesh, a ruler of the Sumerian state of Uruk. Gilgamesh was believed to have lived between 2700 – 2500 BC. It seems there are several fragmented versions of the story, they were written at different times, the oldest dated around 2100 BC. The most complete version was written on clay tablets and discovered in the ruins of the largest library in the pre-Hellenic ancient world, Nineveh in Assyria. These clay tablets can be viewed in the British Museum.

The first book published in North America was The Whole Booke of Psalmes. It was printed in Cambridge, Massachusetts in 1640. It seems eleven copies of this first edition still exist.

I discovered several lists of the oldest, still existing ‘books’ in the world. These lists are quite similar, even though there is a protest that the one or other ‘book’ is missing. But I guess this might be an interpretation of the term ‘book’ once again.

Of course, there are so many examples I cannot mention here at this point. These were just the ones that were the most noticeable during my research.

Over the past millennia, the bookbinding industry has progressed. First slowly, then faster. I’m talking about the clay tablets, the manuscripts, the parchment rolls, the first codex’, the first books, illustrations, hardcovers, paperbacks, e-readers, and of course books we can read on every existing tablet.

When I thought about this evolution of books all of a sudden, I burst out into laughter. Did you notice, in my recital, I used the same word twice to describe two completely different ‘things’?

I admit, this fact caused a certain cheerfulness in my heart. “Retro.” Even the book industry is affected.

BACK TO THE ROOTS

Last month WordPress told me that I had published my 1,000th blog post on ‘Writer’s Treasure Chest.’

Another achievement in my blogging life has been accomplished.

I don’t deny I’m quite proud of this one. 1,000 blog posts over roughly three years are something. But then, I have to say:

Part of these blog posts aren’t mine – they are YOURS!

I built ‘Writer’s Treasure Chest’ as a writer’s blog, and that’s how it grew. With your help, it became what it is now, and I hope, of course, it will further grow. But without your help, this wouldn’t have been working out.

The Author Spotlights, the re-blogs, the guest posts, the blog tours, the promotions, that wasn’t my work, it was yours!

Thanks so much for your work, for permitting me to re-blog, to pingback, to promote, to interview you! Thanks for making my blog a wonderful experience. Thank you for your help!

I’m very excited to be a blogger of 3 years this month. 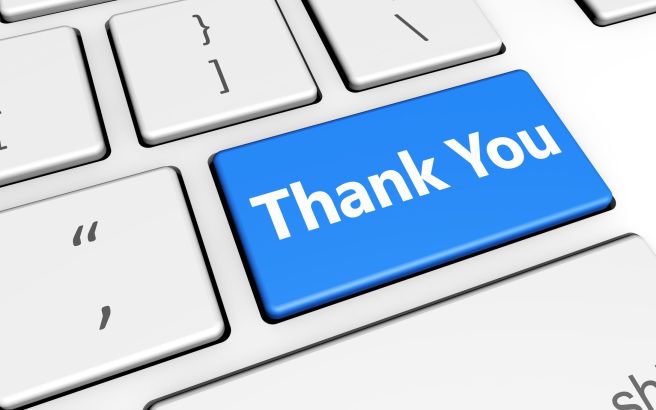 What a wonderful surprise today! 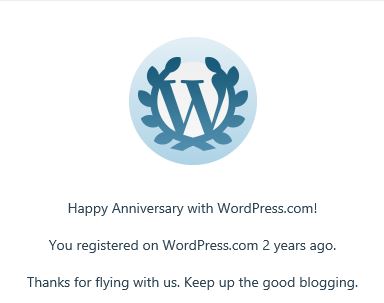 I’m quite proud of being a blogger for two years now.

I couldn’t have done it without so many people! My friends, readers, followers, commenters, re-bloggers, supporters, guest authors and many more.

I could not have accomplished such an awesome success without you all. You made this adventure a wonderful experience for me. You are all GREAT! Thanks for your ongoing support!

I’m almost a little shocked I’ve got news in my writing progress – again. Right after Christmas, I published a blog post about sending the first book in the series to my editor.

Since then I have been working intensely on the second book in the series – and finished the first draft of the book.

Of course, there is a lot to do now until that one is ready to be sent off into the knowing hands of my wonderful editor. But the first step is done. I only decided to interrupt my current work on the book to write and schedule this blog post.

It’s time now to find out if the second book is a novella as well or if the draft will turn out into a novel. I’m very curious, I admit.

It seems with this second book, that had been resting for such a long time, I suddenly picked up where I left off and galloped towards the finalization.

I currently work alternately on book four and five of the series… I guess it’s time to think about the sixth one.

What I can see more and more into the series is, that I enjoy creating the people, building the stories, finding their path through the adventures. I feel home with a pen and paper in my hand like I belong. This is, how it feels – to be an author!

Yesterday I got an amazing surprise when I checked my comments. I earned a badge.

You registered on WordPress.com one year ago.

Thanks for flying with us. Keep up the good blogging!

I’m quite proud of being a blogger for one entire year.

But then: I couldn’t have done it without so many people! My friends, readers, followers, commenters, re-bloggers, supporters and many more.

I could not have accomplished such an awesome success without you all. You made this adventure a wonderful experience for me – and I hope I’ll be able to come back many times more!!