I started telling stories when I was in grade school and began to write them down shortly thereafter. I wrote my first books – one was a story involving time travel using a “timeract,” similar to the tesseract from “Wrinkle in Time” and another with characters similar to those on “Bewitched,” my favorite television series — in middle school. I wrote an epic poem similar to “Paradise Lost” in high school.

I love to tell stories. I love it when people catch a glimpse of a larger world outside themselves when they are listening to or reading something of mine.

I write fantasy novels for adults, both historical fantasy and contemporary fantasy.

I first became interested in the occult and magic when I was in kindergarten – or even earlier — and saw The Wizard of Oz on television for the first and second times. The first time, my mom says I was terrified of the Wicked Witch’s appearance in Munchkin Land amidst smoke and flames and ran straight to bed! (I must have en 5 years old or so.) The next year I began watching the movie again and made myself stick with it past the appearance of the Witch and after that — I was hooked!

The Wicked Witch of the West became my favorite character because not only is she the most interesting but she is the only one who wields any real power in the movie. She became my idol for years and years! (When a major storm recently struck Manhattan, I made a comment on FB about the wind picking up our house and depositing it atop someone wearing peppermint stripped stockings and glittering red shoes and my cousin responded: ‘You’ve been chasing those shoes for YEARS!’ LoL!)

My goal at first was to write a story that I wanted to read because I was having a hard time finding adult-level books that were supernatural thrillers or that involved the  supernatural that were not just Horror or Gothic genre. But now my goal, my dream, is to share what I have learned about the legends, history, and folklore of a variety of cultures and to stir those all up with a dash of my own imagination to make new stories are brand new while being based in historical reality.

Although I go through phases of writing more followed by phases of writing less, there always comes a point when there is such a critical mass of words and ideas in my head that is it simply easier to write than to not write. But the first pages of each chapter in a book are like pulling teeth or climbing up a rock wall by my fingertips  – but eventually, maybe halfway or 2/3 of the way into the chapter, that it feels like I’ve crested the hill and the  of the chapter is like sledding down a mountainside of fresh snow.

Read. Read! READ! And then read some more. Then write. And keep writing. And then come back to it after you’ve given up in frustration. Write stories that you want to read and there will always be someone else who wants to read it as well.

All the magical and fantastic elements in my books are based on authentic medieval or Renaissance occult beliefs and practices, as well as local legends and history from the places where my stories are set.

STORM WOLF, coming out in late August or early September, tells the story of Alexei who inherits his grandfather’s magical wolf-pelt and thereby assumes the position of village “metsatöll” (Werewolf) in rural late 1880s Estonia to protect the area by fighting the terrible storms in the sky that could devastate the farms and fields. But he breaks the terms of the wolf-magic and loses the ability to control the shapeshifting, becoming a killer. Heartbroken at what he has become, Alexei flees his home and wanders through Estonia, Latvia, Lithuania, Poland, and Bohemia in hopes of finding an enchanter who can free him from the curse.

In the COME HELL OR HIGH WATER trilogy, a witch curses Prague as she is burnt at the stake in the Old Town Square during the 1350s. The curse begins to work its way through the life of the city. A university secretary meets the ghost of the witch in contemporary Prague and inadvertently reawakens the curse. Now a group of professors specializing in folklore attempts to prevent George, a powerful priest, and Elizabeth, an Irish vampire, from unleashing a curse which threatens to destroy Prague with a mammoth flood–can the professors find a way to defend and save the city?

Thank you for the opportunity to “chat” with you! 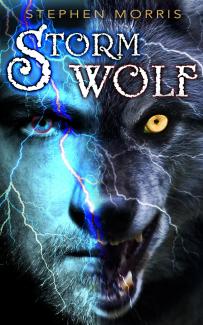